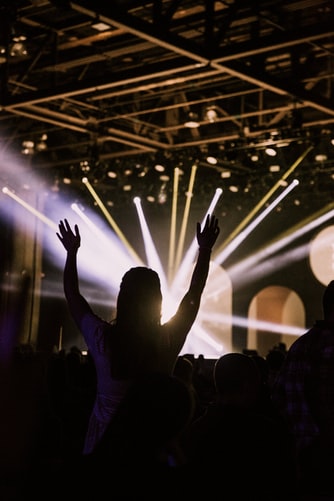 For Joe Cipolla Chicago based promoter of events, this has been a year in which he has been genuinely concerned about the future of his business. There are many businesses which have been hit hard this year but those in the tourism or leisure sectors have found it incredibly hard going. We caught up with Joe, who has managed to get creative and continue his business throughout the year, to find out what he believed the future of concerts would look like, even after things have settled down a little bit. These were the key points which we took away from this conversation.

In the short term the most viable option for putting on events is that people will be coming in their cars and it is from their car that they will be watching the show. At the very least when people come in their cars they have a place to stay, away from others. We have already seen this begin and the drive-in concert looks like something which is here to stay for some time to come. This will never replace mixing with others and watching a concert, but it is the best that we have right now, and probably the safest.

Whether it catches on or not remains to be seen but we have just witnessed the Flaming Lips put on a concert where they were inside their own bubbles, and so too were the fans. This of course does allow for some bumping and dancing as you watch your favorite band, but whether or not it makes sense for concert promoters is another thing entirely. Something which we can certainly expect in the coming months is that there will be all kinds of zany ideas which people try, to get those concerts back up and running again, and the bubble suit is probably the first of many.

Given that just about every aspect of our lives is being made into a digital variety and the concert may soon be the same. What we can expect is virtual concerts which are put on from the studio of the artist, and then we will all be buying tickets and given access to the stream. This is a very sad reality for the concert, after all the thrill is about seeing and meeting people, it is about sharing a moment with others, the smells, the sensory overload, this is what a concert is about. A virtual option will of course be great in terms of seeing artists, but it will never take the place of the real thing. Even if we were given VR headsets, there is no way that that experience would be anything like the fun that can be had inside a concert venue listening to the music blast alongside your closest friends.

The future certainly looks bleak with regards to what concerts are going to look like.