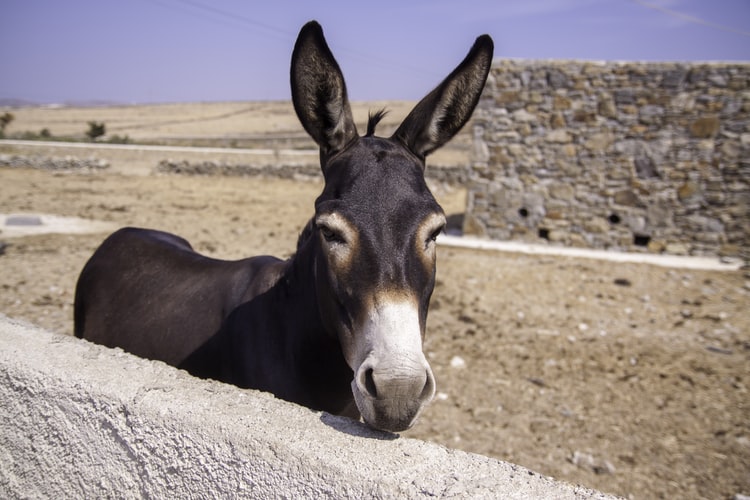 I found out about a great charity last year which I have been donating to ever since. The charity is called the ISPMB and what they do is take in wild donkeys, or burros, and care for them. The reason why this is such an important cause is because these burros are being removed from the state of Texas, owing to the fact that they are not native. This doesn’t mean that they are trying to get the burrows gone just because, but rather because they are causing issues to the balance of the local wildlife there.

These are in fact fascinating creatures, and here is a little more information about them.

Before we start, here is a quick breakdown of the terminology used for a donkey. A burro is in fact the word that we use to refer to donkeys which have been left in the wild, which aren’t actually from the area. A mule on the other hand is the word given to the offspring of a male donkey and a female horse. The word ass is used for donkeys in general, which comes from the Latin name ‘asinus’ which refers to the family of animals which they are from. Finally a jackass is simply a male donkey.

How Much Can They Weigh

It is worth taking mules out of the equation here, given that the present very similar characteristics to both the horse and the donkey, which of course makes them larger. When it comes to the burro however, they can grow up to around the 125 centimeter mark, fully grown. The measurement is given from their hoof up to their shoulder. For the sake of reference the average size and weight of a burro is assuming that they have grown up in healthy conditions, and with minimal human interaction.

Regarding weight we can see a burro range between 400 to 550 lbs, once again assuming that they have lived under the conditions which we have just mentioned. Heavier human involvement may result in larger burros because they will be fed more often, and wander less.

What Do Burros Eat?

Generally speaking the burro has a very simple diet which is made up of grass. Occasionally you may find that a burro enjoys the way that a certain plant or shrub tastes, but this is often in lieu of grass which they need to survive. According to The Global Invasive Species Database, on average a burro can consume around 2720kg of food every year, which helps them to achieve their optimum weight. What is even more fascinating is that the burro will actually utilize a whopping 95% of the nutrients which it finds in food. The animal has evolved to do this based on the fact that they lived in conditions where food would often be sparse.

The truth is that donkeys and burros are in fact much more interesting than many of us give them credit for.